A Frontline View on Inflation and Its Persistence 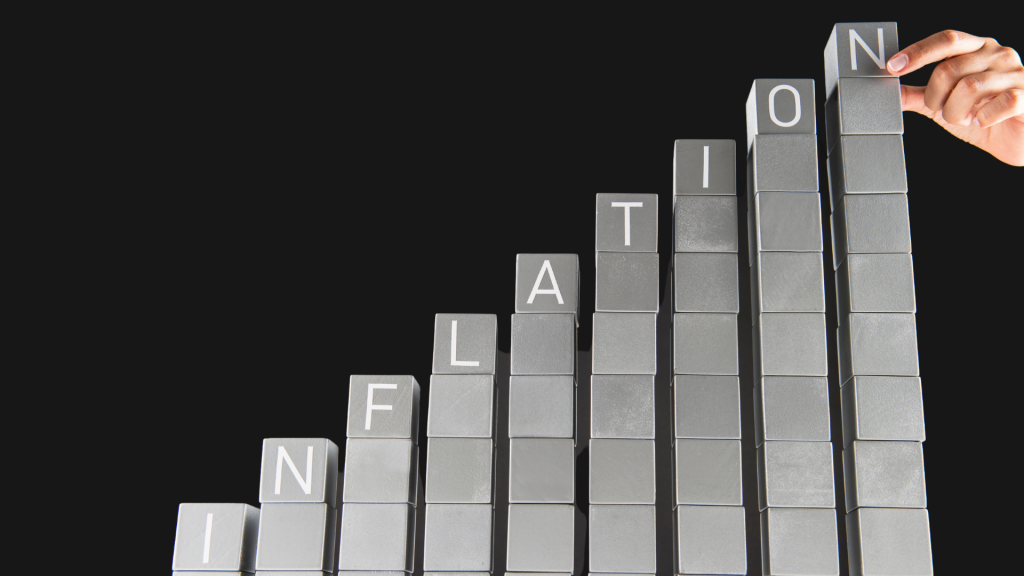 Anecdotal reports from the companies we follow indicate differing impacts from rising prices—and offer a few clues to where inflation is headed.

The pandemic sowed the seeds of today’s inflation. That much is clear. Last year, fear and government-mandated lockdowns sparked a global recession. Businesses rushed to cut production ahead of an anticipated slowdown in consumption, or were hobbled by forced plant closings, anxious workers, or snarled logistics. But the sheer sweep of the income support in many developed countries meant that household incomes didn’t fall nearly as far as had been expected based on the rise in unemployment. Unable to spend on services like eating out and travel, consumers flush with cash turned to buying, or attempting to buy, big-ticket goods and better houses.

The outsized demand for durable goods has run headlong into the diminished supply. While the springboard for price increases may have been reduced supply, the strength and persistence of those increases, which are now feeding through to labor markets, are raising the specter that aggregate demand is outpacing even normalized aggregate supply. There is precious little that monetary policy can do to counter supply-led inflation, but—Omicron willing—it is likely to be temporary. But if inflation comes to be led by stubborn excess demand, then tight monetary policy is the orthodox response, and we can expect central banks to hit the economy over the head with a brick to prevent a sustained wage-price spiral. Demand-led inflation would have significant implications for asset prices.

Inflation is notoriously difficult to forecast; even some at the US Federal Reserve (Fed) concede that it has no working model for inflation.1 We could do no better and accordingly make no effort to forecast future inflation. What we can do is talk to the companies we own or follow and tease out the impact on their earnings from the rising input costs they’re experiencing; their changing bargaining power vis à vis their suppliers; whether they are able to pass on higher costs to their customers before stifling demand; and how all that is coloring their business outlook. The following represents what our research analysts have been able to glean from those conversations.

As a rule, companies whose products are more specialized are in the best position to pass increased production costs onto their customers. The difference in how such price “makers” and price “takers,” whose products are less differentiated, manage inflationary pressures can be dramatic, even within the same industry. This is illustrated in the diverging responses of Elanco and Zoetis, two US-based animal health companies. Both have been proactive in their response to rising input costs, but Elanco decided to protect its margins mainly through cost savings by eliminating 380 upper- and middle-level management positions. Zoetis, with a portfolio of unique medicines and vaccines, was able to increase its prices enough that the adjustments helped expand its gross margin by 110 bps despite higher costs.

NITORI, a Japanese retailer of imported furniture and one of the largest users of containers destined for Japan, was forced to charter an entire ship to guarantee inventory for its stores.

Some differences in taking and making, however, are more structural in nature. In something of a departure from past cycles, developed economies have generally seen higher inflation than emerging economies, with the US seeing the highest. The one big exception to the inflationary trend in developed countries has been Japan, where inflation has actually fallen. Japanese consumers are resistant to price increases after experiencing decades of low growth and falling prices. What this means is that input price increases tend to be absorbed by the companies in the production and distribution chain, putting downward pressure on their margins. Importers have taken it especially hard on the chin from rising freight costs and the fall in the yen. NITORI, a Japanese retailer of imported furniture and one of the largest users of containers destined for Japan, was forced to charter an entire ship to guarantee inventory for its stores. For exporters with domestic operations, on the other hand, the fall in the yen has offset some of the climb in input costs. Companies as diverse as machine-vision leader Keyence; factory-automation equipment producer MISUMI Group; Rinnai, a manufacturer of energy-efficient tankless water heaters; and Unicharm, a maker of diapers and feminine hygiene products, are all reporting sales or profits that have exceeded their pre-pandemic levels.

Given the shipping bottlenecks and the increase in energy prices over the past year, transportation costs have soared around the world. According to the Cass Freight Index, freight costs in the US increased by 37% in October 2021 year over year. Canadian National Railways (CNR), which operates rail freight across North America, saw its costs per unit of volume increase by 15% in third quarter 2021 alone, with almost all the increase due to the hike in fuel costs. So far, CNR has been able to offset two-thirds of the increase by raising prices.

Some of the same factors hurting transportation companies and their customers have benefitted producers of raw materials, where selling prices have risen faster than input costs. This is true for two of the mining companies we follow, Rio Tinto and Vale, which are among the lowest-cost producers in their segments. Meanwhile, in the oil industry, exploration and production as well as integrated energy firms are cautious about the oil-price recovery after the drubbing they took over the previous six years and are holding the line on capital expenditures for expansion.

Among industrial firms, most seem to be passing through higher commodity prices in some form, but only those with the strongest pricing power have passed them on in full. For instance, 3M, producer of a vast variety of specialized and less-differentiated products, raised its prices by 1.4% on average in the third quarter—but, after accounting for the rising cost of raw materials, its margins still declined by 1.3%. On the other hand, Ametek, a US-based global maker of electronic instruments, expanded its margins, even while acknowledging the challenges of higher raw-material prices and supply-chain issues.

In China, where domestic consumption remains hostage to the government’s zero-COVID policy, rising factory-gate prices have generally not translated into much higher prices for consumers. Nevertheless, pockets of pricing power exist. Nearly all of home-appliance manufacturer Haier’s revenue growth in China this year has been from pricing, partly as some consumers trade up to higher-end offerings. Sanhua Intelligent Controls, a manufacturer of thermal management systems for the HVAC and automotive industries, has automatically passed through most cost increases for its appliance parts, where its bargaining power is strongest, and is negotiating them for other products. The voracious demand for electric vehicles is insulating CATL, a leading producer of lithium-ion batteries. Not only was it able to raise prices; it has also used its bargaining power over its suppliers to control input costs and further increase its margins. Even CATL’s smaller rival BYD was able to raise the price of its batteries by 20% or more just last month.

Within Information Technology, semiconductor prices have continued to climb due to the inability of manufacturing capacity to keep up with exploding electronics demand: the “chip shortage” that was one of the earliest inflationary triggers, and is ongoing, as significant capital expenditures take time to turn into capacity additions. Most foundries that manufacture the chips used in automotive and industrial applications have already pushed two, sometimes even three, rounds of price increases this year, and they believe the pattern is set to continue into 2022. Demand for leading-edge semiconductors produced by Samsung and TSMC has been more stable, resulting in only modest price increases. Semiconductor tool makers have seen small improvements in their gross margins, but nothing compared to the 10% jump seen for some of the foundries. The consensus view in the industry is that the hikes in chip prices that have occurred are sticky and will not revert after supply normalizes.

The area where cost inflation seems most acute is among retailers and consumer goods manufacturers, most of whom are facing unprecedented increases in labor and input costs, as well as supply-chain problems. Couche-Tard, the Canada-based gas station convenience store operator behind the Circle K brand, has overhauled its recruitment and retention policies, adding bonuses and more training to cope with the labor shortage. The company estimates almost one-third of its 7.7% increase in operating expenses is due to increased labor costs. Multinational consumer goods manufacturers, which have more flexibility to reallocate production to manage labor shortages in given locales, have fared better, and several have noted that consumers appear more willing to accept higher prices than they have in the past. Procter & Gamble has increased prices in 90% of its core product categories without seeing a falloff in demand, a trend also echoed by Colgate-Palmolive and Unilever.

Presently bond markets are anticipating that central banks will soon bring the inflationary pressures under control. Low real long-term rates, low forward-inflation expectations, and flat yield curves are all indications that, despite raging inflation today, investors believe that central banks will act firmly to raise short-term interest rates, pre-empting the need for more aggressive tightening later. But the seemingly rock-solid confidence in central banks could be eroded if prices continue to rise unabated. If that point were reached, richly valued equities would likely fall victim to central banks’ imperative to restore their inflation-fighting bona fides.

With annual inflation in the US hitting a 40-year high, the Fed has already indicated it will wind down its asset purchasing program by March 2022 instead of June. More clarity about the first of a series of short-term rate hikes will be next, with the market expecting three hikes over the course of 2022. Will that do the trick? We come back to what we hear from companies. For what it’s worth, while many consumer goods companies expect prices to trend higher into 2022, some of them believe that the rate of increase will reach its zenith in the first half. Some, such as Couche-Tarde, L’Oréal, Compass Group, and Costco Wholesale, are already seeing signs of stabilization. L’Oréal’s management has even gone so far as to suggest that deflation may be a risk if supply chains over-correct for today’s shortages.