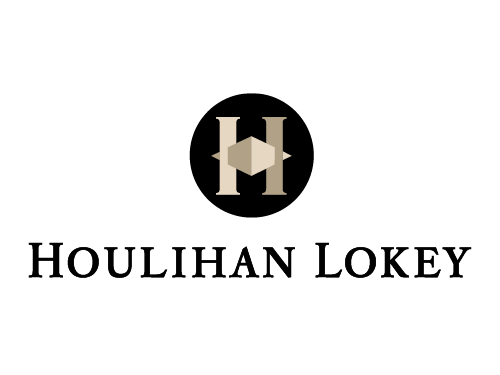 The kind of stock we love to discover.

Houlihan Lokey is a US mid-cap stock that relatively few people are aware of.

This is a high-quality company and a leader in its field. We think true portfolio diversification is more than just different countries, industries, or sectors. It involves understanding the main drivers of a businesses beyond the standard analytical metrics everyone has access to and Houlihan Lokey fits in nicely with the rest of the portfolio.

Let’s start with a quick company overview and then look at the specific characteristics of the stock that really appeal to us.

Houlihan Lokey is a boutique advisory firm based in New York. It was formed all the way back in 1972 and has been listed on the NY stock exchange since 2015.

It specialises in two main types of advisory work:

Most of you are probably familiar with the mergers and acquisitions (or M&A) side of things.

On this front, Houlihan Lokey specialises in mid-size deals and is the #1 advisor in the US in terms of number-of-deals (and a top 10 advisor globally).

The other big part of the business, Restructuring, is even more specialised – in a Restructuring, Houlihan Lokey will be called in to advise a company that has found itself in financial difficulty – and this can often take the form of debt restructuring or bankruptcy restructuring.

This business isn’t quite as big as the M&A side of the business, but it’s an area where Houlihan Lokey has an even more impressive market position – it’s the global leader in financial restructuring mandates and has advised on 12 of the 15 largest US bankruptcies since 2000.

While we like both sides of the business, what we like even more is the way that they complement each other…

Therefore, with Houlihan Lokey being strong in both of these areas, this acts as a natural stabiliser for the overall business and makes it a lot less cyclical than most of its peers.

When we did our initial due diligence on the company, we were able to verify that this really works in practice…

For example, in the wake of the GFC, the company’s M&A revenues almost halved, but its Restructuring revenues skyrocketed… enabling the company to come through that period – which was a horror story for most financial institutions – relatively unscathed.

The same benefits of diversification were evident last year, through the COVID crash and recovery, even though – as the saying goes – every crisis is different… this time around, the slump in M&A activity was less severe than it was post-GFC, while the jump in restructuring activity was less pronounced (with governments and central banks doing their very best to stop over-geared companies from having to deal with the consequences… for the time being at least).

Now, with central banks having flooded the globe with liquidity, we have an environment where:
– the valuation multiples of listed companies are buoyant;
– debt is easily available (and extremely cheap); and
– excess cash holdings have become a major drag on returns.

Therefore, it comes as little surprise to see that, after a brief hiatus in the 2Q and 3Q of 2020, M&A activity has come back with a vengeance and 2021 is already proving to be an active year on the corporate front.

We think companies are more comfortable allocating capital now than earlier in the pandemic and M&A may be one of the most attractive ways for them to achieve growth, making 2021 another potentially busy year…for different reasons. Companies can focus more on gaining scale and digitizing their businesses. At the same time, in a world where capital is virtually free, many companies that would otherwise have gone into bankruptcy (or, at very least, have required some sort of major restructuring) have been able to survive. This “grace period” is likely to last for a while longer, but it is unlikely to last forever.

But there are even more reasons why this company appeals to us.

Finally, and just as importantly, the stock has strong fundamentals and an undemanding valuation (including an attractive FCF yield of well over 5%).

TESLA: Why we don’t own it

Priortech – listed on the TASE – 5% holding in the Fund