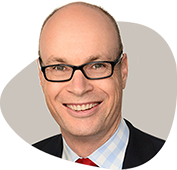 Steve is co-manager of the Pengana Emerging Companies Fund, and established the Fund in 2004 with Ed Prendergast.

Steve was formerly a partner of Goldman Sachs JBWere and managed the award-winning JBWere Emerging Leaders Fund for almost seven years, a period over which the Fund delivered an average return of close to 20% p.a.

The Fund was voted the number one emerging companies fund in Australia in 2000 and 2001 by Personal Investor magazine before being closed to new investments in November 2001.

Steve holds a Bachelor of Economics/ Commerce from Melbourne University. He is a member of ASIA and CA (Institute of Chartered Accountants).