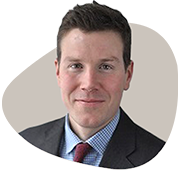 Ted is the Fund Manager for the Pengana WHEB Sustainable Impact Fund and helped to found WHEB Asset Management in 2009.

Before joining WHEB, Ted was a sector specialist in the renewable energy and utilities sectors at Dresdner Kleinwort and KPMG. Over seven years Ted advised on projects involving over €15bn of investment. Amongst numerous renewables transactions and engagements, Ted advised both of the two largest European renewable energy generators on their European expansion strategy, and on one of the most successful ever disposals of a UK water utility.

Ted is a Chartered Financial Analyst and a Chartered Accountant, and won the Helen Somerville Prize during qualification. Ted has a degree in Philosophy and Economics from Bristol University and a Postgraduate Diploma in Law from Bristol Legal Institute.