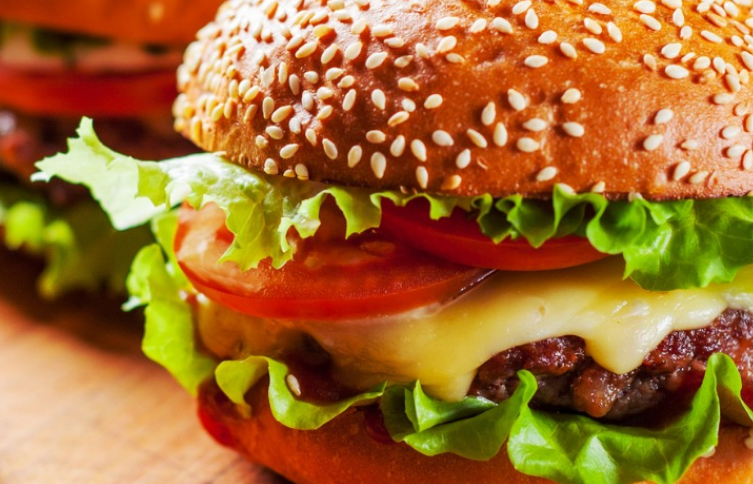 Your correspondent isn’t a regular visitor to Burger King. I’m not sure I’ve been into one in this millennium. But there is one on London’s Tottenham Court Road, about 500 yards from WHEB’s office. And I’m hoping to go soon.

The reason? Burger King has announced the roll out of its new “Impossible Whopper”. The original Whopper is the fast food chain’s signature sandwich. A flame-grilled quarter-pounder beef burger, topped with tomatoes, lettuce, mayonnaise, pickles, and white onions on a sesame seed bun. The new “Impossible” variant has all the same ingredients, but with the beef burger taken out.

In its place is a purely plant-based alternative. Soy and potato provide the protein. Coconut and sunflower oil add the fat content. There’s an organic “binder”, called methylcellulose, to keep it all together. And then there’s the secret ingredient, heme.

Heme is an essential molecule found in every living plant and molecule, and it is what makes meat taste like meat. But in this case, it is created from a fermented yeast. So this burger is 100% plant-based. But it tastes much more like the “real” thing, than the drab veggie burgers of yesteryear.

That’s important to Burger King. They want to keep their brand intact whilst broadening appeal.  After successful trials they are confident of rolling it out across the USA.  Hopefully it will come to the other key markets soon after that.

Reducing red meat consumption is the key food trend in the developed world. In a 2015 poll in the USA, two thirds of consumers said they had reduced their intake. Research conducted by Roy Morgan has found that the trend in vegetarian eating continues to grow — with 2.5 million people  (12.1% of the population) in Australia now eating all or almost all vegetarian.

A similar survey in the UK showed the drivers behind the wave. 55% of respondents cited animal welfare reasons, 45% health reasons, and 38% environmental reasons.

These are all positive, but our key area of interest is the last one. Beef production in particular is a real environmental challenge. On a per calorie basis, beef needs 160 times more land, and produces 11 times more greenhouse gases than arable staples such as potatoes. So switching to a “planet-friendly” diet, and reducing meat consumption, is one of the ways that many people are reducing their environmental footprint.

Demand for meat alternatives is soaring. And when that happens, businesses react. Established food companies are fighting for market share with nimble start-ups. And investors are salivating.

Burger King’s supplier is Impossible Foods. It may soon be listed on the stock exchange.  Its latest private fundraising in May this year valued it at $2bn. It already has a listed competitor, Beyond Meat.

Beyond Meat’s performance since its own IPO in May has been incredible.  Even more so, for a company which is still making heavy losses. It has also gone straight to the top the list of companies we are asked about when we meet investors.

We’re not investors in Beyond Meat. We think the stock is too speculative until we have some visibility on profitability. We also worry about competition. Even before the Impossible Burger has arrived, there are several competing products already widely available.

Most of all, we have a valuation discipline to our process which stops us from taking larger risks. So far, our prudence hasn’t been rewarded in this case.  But our experience suggests that it normally pays off.

In the meantime, we have some lower risk exposure to planet-friendly food chains. DSM is a science-based company that is active in the field of health, nutrition and materials, and is held by the Pengana WHEB Sustainable Impact Fund, in our Environmental Services theme. DSM provides innovative solutions to improve the efficiency of global food supply chains and helps to minimise environmental impacts, earning the majority of its revenue from improving nutrition. For farm animals, this improves the yield from scarce resources.

This month DSM also announced a milestone for a great innovation it has been pursuing.  The company has filed for EU authorisation for its methane-reducing feed additive for dairy cows. This magical ingredient will reduce methane production by around 30%. It suppresses an enzyme in the cow’s stomach that produces methane, and then breaks down harmlessly.

Methane is a more potent greenhouse gas than carbon dioxide.  So the global impact of this product could be huge. And it is just one of a slew of similar exciting technologies DSM is working on.

We’ll keep taking a relatively careful approach to investing in riskier technology stocks. And in the meantime, I’m looking forward to that Whopper.

LEARN MORE ABOUT THE FUND