Is it time to jump on the hydrogen bandwagon? 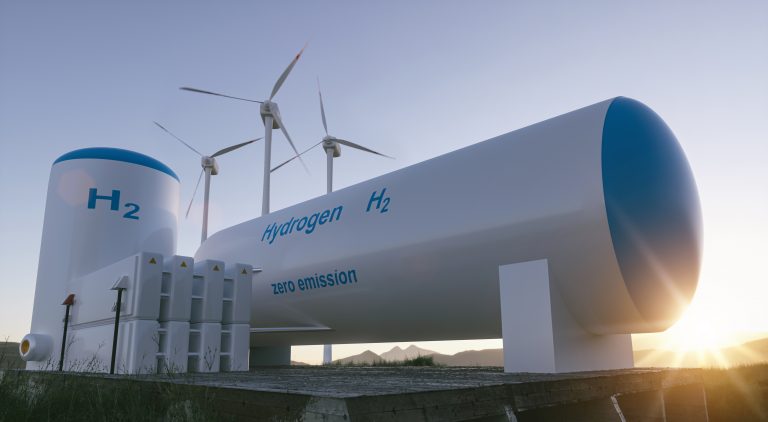 In the first half of 2020, investors were piling money into hydrogen-linked stocks. During the second quarter, the stock price of hydrogen-powered car company Nikola shot up 535%.  Other shares related to the technology were also very strong. ITM Power jumped 123% and Ballard Power rose 96%.[1] These companies don’t just share an interest in hydrogen. They are all loss-making and are expected to be so for several years yet. In the third quarter, this momentum waned, and their share prices slumped. The easy conclusion to draw is that this is just another example of hydrogen hype. We saw a similar cycle 20 years ago.

So, is the new hydrogen era just a hype or are there more substantive reasons to get involved? Looking at the stock markets, some investors clearly believe that hydrogen is the next big thing. And there are some good reasons to believe this is the case.

Several countries have renewed their interest in hydrogen as part of their strategy to decarbonise their economies. The European Commission recently set a target to produce up to 10 million tonnes of renewable hydrogen by 2030.[2] Japan was relatively early to embrace hydrogen technologies. It adopted a “Basic Hydrogen Strategy” as early as 2017. The aim is to decarbonize key sectors such as transport and power, while strengthening energy security. China plans to have 1 million fuel cell vehicles on the roads by 2030.[3]

The renewal of interest in hydrogen is not limited to the policy level. We have also seen companies putting money into hydrogen projects. For example, Johnson Matthey has been engaged in hydrogen production and fuel cell development for decades. Its automotive fuel cell sales went from zero 18 months ago to 25% of its total fuel-cell sales. The number of companies joining the Hydrogen Council has more than quadrupled to 81 companies since the inception of the industry initiative in 2017.[4]

How to invest in hydrogen

As impact investors, we are excited about the potential of growing hydrogen use to reduce carbon emissions. However, not all hydrogen is produced in the same way. Today, hydrogen is still largely produced from fossil fuels, which is either referred to as “brown hydrogen” or “grey hydrogen”. “Blue hydrogen” combines grey hydrogen with carbon capture and storage. ”Green hydrogen” is produced by electrolysing water using electricity from renewable sources. We would only be interested in blue or green hydrogen given its greater potential to cut carbon emission. However, a global rollout of these technologies is not possible without steep price decreases.

Looking across the investment opportunities, we have found very few investable companies so far. Some are too small. Some are heavily loss-making and not yet commercialised. At the moment, we believe that the best way to gain exposure to the growth of hydrogen in decarbonizing downstream sectors is by investing in established companies that have a footprint in this space.

Linde, one of our investee companies, is a good example. It is the largest industrial gas company in the world. Linde is about to begin construction of the world’s first hydrogen refueling station for passenger trains in Germany.[5] It also recently formed a partnership with Scottish Power Renewables and ITM Power to build a 10MW green hydrogen production facility in Glasgow. The project aims to supply hydrogen to the commercial market within the next two years.[6]

Kion is another example in our portfolio. It is a leading forklift manufacturer. Kion has been running hydrogen projects involving a wide range of vehicle types since 2013. While fuel cells are not a big part of its business today, they are well-placed to expand their use of fuel cells. According to the Hydrogen Council, the total cost of ownership of fuel cell forklifts today is already cheaper, compared to diesel.[7] With cost coming down for hydrogen, fuel cell forklifts have the potential to penetrate more than 65% of the market by 2050.[8]

As with a lot of emerging trends, forecasting demand accurately is not enough. With supporting government policy, the competition will intensify. Companies without sustainable competitive advantages in a nascent industry can easily be devoured by competition. We have seen this in the solar and wind industries over the years. We would prefer to invest in well-run high-quality companies – companies with relevant technologies that can be leveraged in hydrogen applications as exemplified above.