How a simple investment process led to Facebook, Moderna 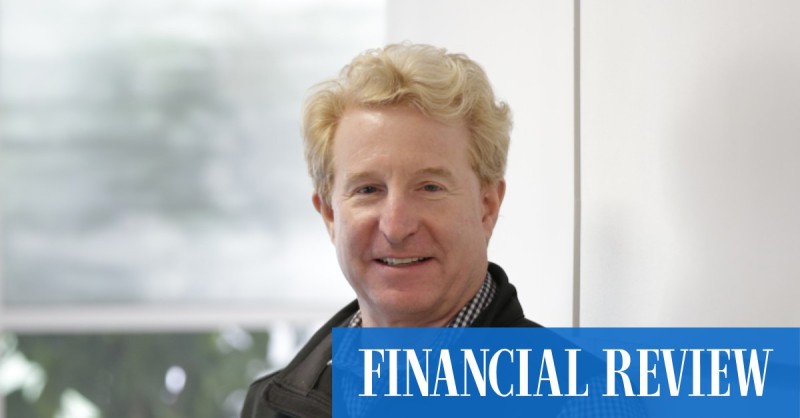 Axiom Investors’ Bradley Amoils is looking for only one kind of stock: a company changing dynamically, with sustainable growth, and trading at a reasonable valuation.

It’s an approach that means his portfolio is packed with names such as Alphabet, Tesla, Microsoft and Amazon, the companies almost every fund manager wants to own. Axiom’s holdings, Amoils says, are the result of a simple approach to investing.

Bradley Amoils has a passion for flying, which like investing, is all about risk management.

“The nice thing about Axiom is we really have one cuisine, one approach,” he says. “We want to own the quintessential growth stocks, like Alphabet, in the large-cap space but also more niche companies like Trex that makes synthetic, recycled non-lumber decking. That does good things with the environment.

“We’re looking for certain kinds of stocks and it has really allowed us to outperform and find some interesting companies.”

Amoils breaks the process down further: “About 60 per cent of our focus is on positive change and positive surprise.”

“Twenty per cent is on the elements that are surprising, or sustainable, or growth that isn’t being identified by other people. And then the final 20 per cent is sort of a reality check, where you look at the valuation and some sanity check parameters to make sure that you’re not coming to the party way too late.”

Axiom’s process is also scientific, appropriate given both Amoils, the firm’s managing director, and chief executive Andrew Jacobson, have a background in medicine. Born and raised in South Africa, Amoils originally pursued a career in healthcare, entering medical school at the University of the Witwatersrand, known as Wits.

“I really enjoyed learning that stuff but realised as I progressed through I wasn’t going to be a doctor for the rest of my days,” he recalls. However, he had been active in the market as a teenager, buying stocks such as African Breweries.

“I used to buy a lot of very local and domestic South African businesses,” he says. “I just had a passion for investing from a very early stage.”

After a brief entrepreneurial streak following medical school, he decided to pursue an investment career and moved to New York to attend Columbia Business School. Knowing he wanted to enter the buy side, he landed at Oppenheimer Funds as an analyst in the early 1990s. He then moved to American Century later that decade, before joining Axiom in 2002.

“My partner Andrew, who founded Axiom a couple years before I joined him, actually has a very similar background and he studied molecular biology at Princeton, and then went on to business school as well,” says Amoils.

“In addition to that, we both really began investing in two very growth-oriented investment organisations.

“When we met, we spent a lot of time chatting and we realised we were both trying to do this ahead of the curve, dynamic growth investing, and we implemented in a very axiomatic and a systematic way.

“It was really very empirical.”

The process was born out of a desire to identify trends rapidly in a world which, at the time, was starved of timely financial information. “At the beginning of my career, you couldn’t get financials on these companies, you had to have a library,” the fund manager says.

“The internet was very basic, and companies reported financial results in a very lagged fashion so by the time they reported the results, it was long-gone history.”

In the end, he says, “we were looking for nuggets of information in a cacophony of noise”.

It’s an approach that has allowed the fund manager to quickly identify some transformative opportunities. “We were very early into Facebook. We didn’t buy in at the IPO but we did pretty soon after that,” says Amoils. Facebook floated in 2012.

“We’re only as good as the last bad idea, but we’ve clearly had some good stocks.”

The process has helped the fund make the most of the COVID-19 pandemic opportunities, too. “At the beginning of COVID we found Moderna and that turned out to be a great investment,” says Amoils.

“We’re not being the first people to embrace these companies, though. Not only does the company have to announce they’re building this new widget, but in the case of someone like Moderna, they have to have a runway.

“They’ve got to start delivering a product, it has got to be profitable, and it has to deliver high returns on capital.”

Despite his background in medicine, he admits it made very little difference when it came to examining the case for owning Moderna shares, which was simply the result of the same process Axiom uses for all its investments.

“For us, it’s the overlay that’s resulted in the success. Clearly, a lot of our backgrounds are scientific but we let the process and the data draw us to discreet opportunities and then allow us to move away when things start to become incorporated into the price.”

In the year to September 30, Amoils’ global equity strategy had delivered a net return of 30.6 per cent, outperforming the MSCI AC World Index, which returned 27.4 per cent.

Success in the US

Despite being able to invest in any company in the world, the majority of Amoils’ top holdings are US-based companies. “We’re incrementally living in a de-globalised world,” he says. “We have been globalising our supply chains but that’s beginning to change and COVID was probably the main event for us realising the downside of some of that.

“The bottlenecks and some of the problems we’re having are making us revisit the idea of a completely globalised world.”

Amoils is full of praise for a number of Australian companies: “Australia has had some big winners with buy now, pay later, which was essentially developed in Australia,” he says.

“Afterpay’s gone global and you have a couple of industries you’ve done well out of including ResMed, which has disrupted and dominated in the industry. Australia has also got some very interesting software companies which have pretty transformative businesses which have the potential to disrupt.”

A passion for flying

Outside of investing, Amoils has a passion for flying and draws many parallels between his hobby and his career. “My hobby is flying and that’s an area which is all about risk management,” he says.

“And just like with investing, there are just certain places you don’t go because the consequences are very bad. I was always interested in airplanes in my teenage years and ended up flying in South Africa and getting my commercial pilots licence.

“I also did a small entrepreneurial safari airline with a partner prior to going to business school.

“It’s been a passion of mine and something that was important to me. When I was younger, I realised I didn’t want to be a pilot professionally but I think I’m still pretty proficient at it.”

An option of HEDGED or UNHEDGED portfolios of dynamic and growing companies undergoing positive change, within a robust ethical framework.