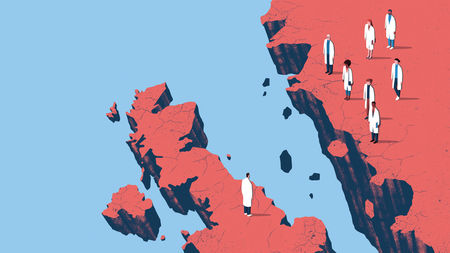 The past is a foreign country; they do things differently there. It is only four-and-a-half years since the UK decided to leave the European Union, which it finally did at the end of last month. But so much has changed since 2016 that it can feel like peering back into a different age.

Then, it would have seemed impossible that the eventual Brexit deal would be the first trade deal in the world to enshrine a climate obligation.

And yet, here we are: both sides have affirmed their commitment to climate neutrality by 2050, in the very text of the deal. Any derogation from this commitment can result in trade actions by the other side. Stronger still, it could ultimately lead to the termination of the agreement.

But then, in June 2016 it would have seemed far-fetched that the UK could ban internal combustion engine sales by 2030. Or plan to install 40GW of offshore wind power by the same date. Or indeed, have been the first G7 country to make a net-zero carbon commitment, as long ago as summer 2019.

And of course, no-one would have predicted that we would stumble out of the EU amid the first truly global pandemic in modern times. An event so profound that it finally sucked the oxygen from our national self-immolation around Brexit.

Although now that we look into it, we see epidemiologists had warned us that this could happen at any time. But like climate scientists, they were struggling to be heard.

Indeed, in the distant land of 2016, we were encouraged to ignore experts of all kinds. We do things differently now. That view is returning to a more sober approach, either in climate or pandemic policy.

So experiences unfold and priorities change. And as different as 2016 was to today, so the future will be another country again. The Brexit deal doesn’t define the new UK-EU relationship. It just starts the process of finding that out.

Here at WHEB, we think that the starting point seems quite sensible. The basic deal is that environmental and social protections are not to be reduced below the levels in place when the deal was signed. And if they are, then there is a “rebalancing” mechanism that the other side can apply, on an equal footing.

This isn’t quite the level of protection that some observers, fearful of backsliding by the UK government, might have wished for. Full equivalence would have meant both sides had to match each other. And strictly speaking, the measures only apply to removing protections that have an impact on trade. And there are other detailed points which could alarm us as environmentalists. If you want to find them.

But, with a bit of goodwill and good intentions, it could easily be enough. For WHEB’s portfolio investments, the impacts of Brexit have in reality been very limited. The strategy has a low level of exposure to the UK economy. Anaemic domestic markets have little direct bearing on strategy performance. Changing regulations have required us to launch a new fund structure to accommodate our EU-based investors. As torturous as this has felt, it is small beer compared to the experience of many.

Ultimately, the UK and its largest and closest partner still share a host of real sustainability challenges. While no longer a part of the EU, we will still need to find new ways to tackle them together.

Eventually, we will perhaps look back at the chaos of 2020 and be amazed at how different things were then.