Having an ‘A-ha’ moment on battery electric vehicles 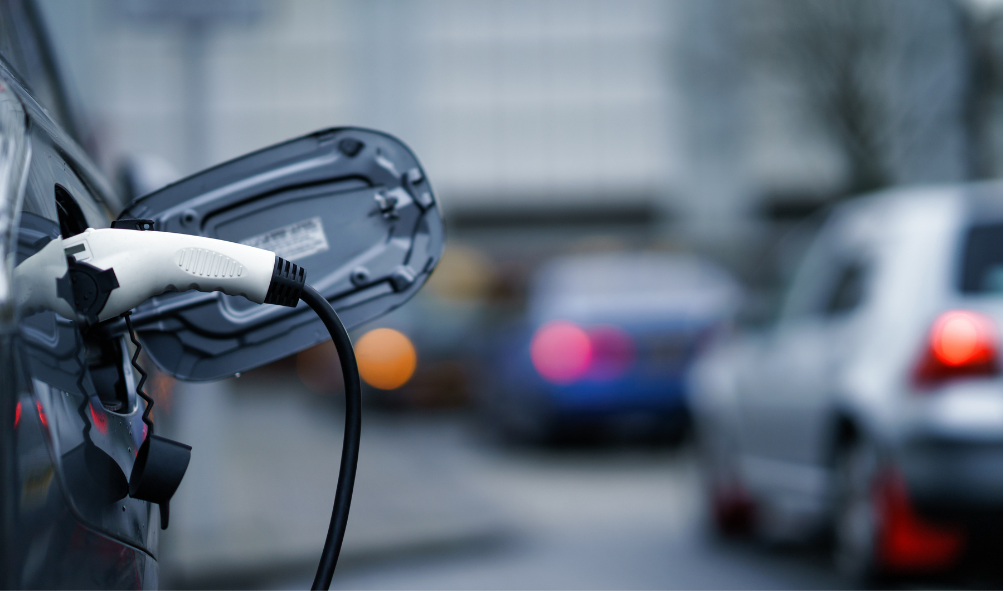 Not all readers I imagine will have fond memories (or indeed any memories!) of the Norwegian pop group ‘A-ha’. During the late 1980s, the group was one of the most popular bands in the world. What is not so well known is that A-ha were dogged campaigners for battery electric vehicles (BEVs) and are now seen as having been influential in helping Norway into ‘pole-position’ in the race to convert to BEVs.

At WHEB, we are also big fans of BEVs. Approximately 8% of the strategy is invested in companies with exposure to BEVs and their value chains such as Aptiv, Infineon and TE Connectivity. We’ve even launched a policy enabling employees to access a BEV leasing scheme giving them easier and cheaper access to BEVs.

Are BEVs better for the environment than ICEs?

But not everyone is a fan. The most common argument levelled against BEVs is that the negative environmental impact of manufacturing BEVs outweighs any positive benefits associated with operating the vehicle. This is often followed up with a ‘and if the electricity is provided by coal, it is even worse’ line of argument.

It is amazing how durable this argument has been. And like a lot of deceptions, it contains an element of truth. Building a BEV does indeed produce more CO2 emissions than building an internal combustion engine (ICE) vehicle. This is almost entirely due to the manufacturing of the battery. An average BEV will have more than twice as much copper and manganese as an ICE and will have a lot more lithium, nickel, manganese, cobalt, and graphite. In all more than five times as much metal (by weight) as in an equivalent ICE.

You need to consider the life-cycle

But the key point is that across the whole life-cycle of a road vehicle, manufacturing represents a small part of the overall footprint. Road vehicles consume a lot of energy in their use. Much more in fact than that which goes into their manufacturing. And this, of course, is where you see the real benefit of a BEV.

Transport and the Environment (T&E) was the group that uncovered ‘dieselgate’ at Volkswagen, and they conducted an extensive life-cycle analysis of BEVs versus equivalent ICEs using both diesel and petrol. Their analysis showed that across multiple geographies, in every case BEVs were significantly better in terms of life-cycle CO2e emissions than the ICE equivalents. In Poland, where coal dominates power generation, CO2e emissions were 29% lower for BEVs. In low carbon, Sweden’s emissions were 79% lower. Similar studies by Bloomberg New Energy Finance, the University of Michigan, and the International Energy Agency have all reached the same conclusion. 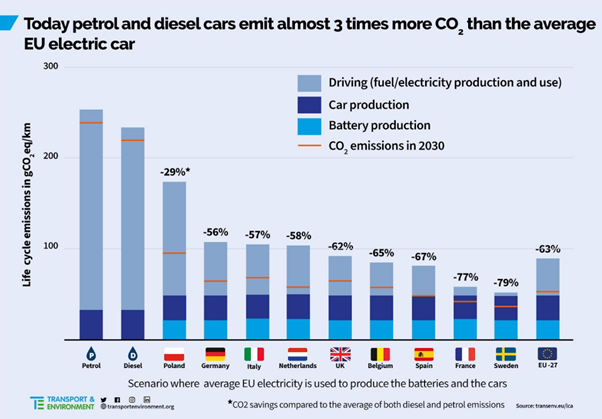 BEVs benefit from the fact that electric motors are typically very efficient. Approximately three-quarters of the energy that is put into a BEV motor is converted into power that drives the vehicle. For an ICE vehicle, the equivalent number is somewhere between 12-30%.

It’s getting better all the time

At the same time, grid electricity is being progressively decarbonised. As renewables are added to electricity grids and fossil fuels are phased out, BEV outperformance just gets better and better.  There are also likely to be improvements in the manufacturing phase as well. The metals in the battery are expensive and highly recyclable. Battery manufacturers are very keen to use as many recycled materials in their batteries as possible. NorthVolt expects to be sourcing 50% of its raw materials from recycled sources by 2030. CATL think that they will eventually get to 100%.8 This will improve relative performance even further.

To the Bone: On the Front Lines of the Food Industry’s Automation Frontier

Where on Green Earth Do We Store All This Wind and Solar Power?