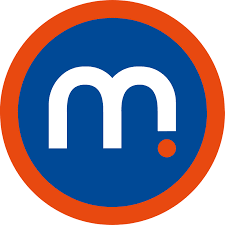 Management of failing US based consumer electronics retailer, Circuit City, was facing significant pressure from a superior competitor, Best Buy, as well as value retailers like Walmart. As a result, they launched an internal venture in auto retail, which was spun out on its own before Circuit City’s eventual bankruptcy. CarMax was born and created to provide a marketplace for used car consumers that would focus on the highest level of transparency and customer service in an otherwise opaque market.

The company saw a real opportunity in the used auto sales market; highlighted by the fact that used auto sales are typically 2x the size of new auto sales.  Over time, CarMax has created competitive advantages through scale, transparency for customers, wholesale volume and financing dominating smaller competitors at every point of potential competitive advantage. This resulted in the company going from virtually no market share to over 5% market share in used auto retail.  In comparison, the next largest competitor has less than 1% of the market.  We view this as a fantastic model for what is a very fragmented industry globally and is what we looked for when purchasing stock in Motorpoint.

Motorpoint was co-founded in 1998 by David Shelton, a company director who opened their first retail site in Derby, UK. Following the opening of the national call centre in 2000, Motorpoint’s retail site network expanded during the period from 2001 to 2006, with the opening of four further retail sites in Burnley, Glasgow, Newport and Peterborough. The company currently operates from 11 retail sites in the UK.

Mark Carpenter was appointed the CEO in May 2013 and has a long history of working within both the company and industry and Mark’s incentives are aligned strongly to shareholders due to him owning 8.4% of the company.

Our initial introduction to Motorpoint came during their pre-IPO meetings where a significant impression was left, due to the way in which Mark has systematically started creating some of the same competitive advantages that made CarMax so successful in the US.

One thing we have learned to love as investors is good companies who have terrible timing when it comes to initial public offerings.  Motorpoint was listed on the London Stock Exchange in May 2016, just months before Brexit wreaked havoc on the UK stock market.  One can imagine how this unfortunately played out for a small company stock deemed to be in a “cyclical” sector.

Motorpoint, in anticipation of Brexit ramifications, was focused on staying as liquid as possible. They aggressively reduced their existing inventory to create flexibility to purchase new, cheaper inventory.  This action led to a significant reduction in gross margins, which was reported on their first earnings report post IPO.  While this appeared to be a temporary problem, the market did not seem to agree.  Motorpoint’s stock sold off about 40% in a two-month period following the disappointing margin news.

Seeing potential for the company’s continued growth within the UK, a good long-term business model, and good valuation due to temporary market dislocation, we decided to invest for these main reasons:

The stock is currently held by our Global Small Companies Fund.

This report has been prepared by Pengana Capital Ltd (ABN 30 103 800 568, Australian Financial Services Licence No. 226566) (“Pengana”).  This report does not contain any investment recommendation or investment advice and has been prepared without taking account of any person’s objectives, financial situation or needs.  Therefore, before acting on the information in this report a person should consider the appropriateness of the information, having regard to their objectives, financial situation and needs.
Pengana is the issuer of units in the Pengana Global Small Companies Fund (ARSN 604 292 677) (“the Fund”).  A Product Disclosure Statement for the Fund (“PDS”) is available and can be obtained by contacting Pengana on (02) 8524 9900.  A person who is considering investing in the Fund should obtain the relevant PDS and should consider the PDS carefully and consult with their financial adviser to determine whether the Fund is appropriate for them before deciding whether to invest in, or to continue to hold, units in the Fund.
The value of investments can go up and down.  Past performance is not a reliable indicator of past performance.
While care has been taken in the preparation of this report, Pengana makes no representation or warranty as to the accuracy, currency or completeness of any statement, data or value.  To the maximum extent permitted by law, Pengana expressly disclaims any liability which may arise out of the provision to, or use by, any person of this report.

Specialists in a vast and growing investable universe

A deep dive into HelloFresh