Business travel without the carbon footprint – One traveller’s experience 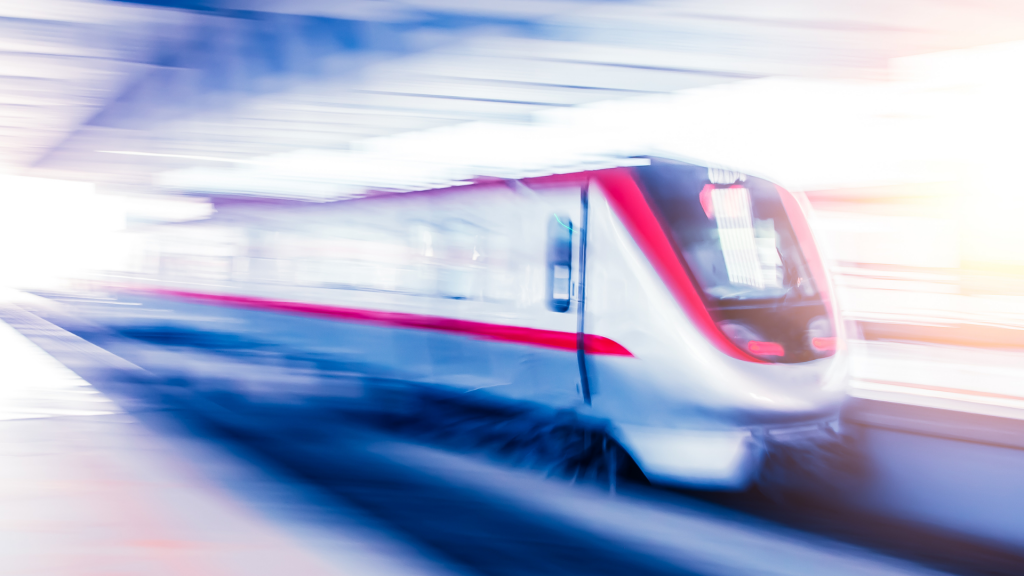 ‘Flygskam’ – literally ‘flight shame’ is something that I have felt for some time. But this year, after a particularly carbon-intensive summer holiday meeting up with far-flung family, I could stomach it no longer. An upcoming Nordic trip visiting existing and potential clients was going to have to be conducted largely by train.

I say ‘largely’ because the first leg – travelling from London to Oslo – would have required over two days to complete. So, in the end, I couldn’t totally jettison the flygskam and offsetting would have to do for the first leg, but from then on it was train all the way. How hard could it really be? I’ve been interrailing! I’ve even played endless games of ‘Ticket to ride’1 so my knowledge of the European train network must be pretty good…

Overland from Oslo to London

I was travelling with long-suffering colleague Fanny Ruighaver, and from Oslo our itinerary took us across Norway and Sweden to Stockholm and from there down to Copenhagen taking in several client meetings as we went. Fanny then returned to Amsterdam from Copenhagen while I embarked on the long trek home to London. I booked the rail travel with Rail Europe2 and referred to the sage advice from ‘The man in seat 61’.3 In total, the journey involved nine intercity journeys covering nearly 1500 miles and in total I spent nearly twenty-seven hours on trains.

That sounds pretty unbearable, but actually, it really wasn’t. There were low points certainly. We had expected the Oslo-Stockholm line to be stylish, modern and seamless. Instead, the carriages felt like they belonged in the 1950s and a near-brawl in the ‘bistro’ carriage was probably the low point in the entire trip. Wi-Fi connectivity was also often patchy, and we tended to arrive late into cities meaning we ate too many ham and cheese croissants. The mashed potatoes and meatballs on the Stockholm-Copenhagen leg is not something I would wish on my worst enemy.

On the positive side, my knowledge of Scandinavian geography is enormously improved. I also feel more in control of my email in-box than I have in years! Travelling by train really does mean you can get a lot of work done. While more time is certainly spent travelling, it is uninterrupted, and you are generally able to sit in one place. Notwithstanding the temperamental Wi-Fi, our carriages were always comfortable and quiet, with power supplies for laptops and amazing Scandinavian scenery gliding past. Almost all the trains had cafés should you want to stretch your legs and have a change of scene. No need to remove your shoes to be security-screened before boarding, and you are welcome to bring your own water bottles on-board. The only queue I encountered was to get through immigration before boarding the Eurostar. You can bring your own food and drink on trains!

What was most frustrating though was that it could – and should – be even better.  The German trains were predictably fast and efficient. The distance from Hamburg to Cologne is slightly greater than that between Oslo and Stockholm and yet the train journey is two hours shorter. Surely the Norwegians and Swedes can do better? The main draw-back on the journey home from Copenhagen is the lack of a sleeper train. A seven hour stop in Hamburg is not ideal. A sleeper would have had me home the morning after a late afternoon departure from Copenhagen. Instead, after a brutally early start, we only rolled into St Pancras at 2pm the following day.

Was it worth it?

Travelling by rail, as opposed to flying, meant that for the single return leg we saved nearly three quarters of a tonne of carbon emissions.4 Depending on how it is calculated, current per capita emissions in the UK are somewhere between 6-12 tCO2e.5 A per capita emissions budget that would be consistent with the Paris Agreement is currently around 2 tCO2e.6 On this basis my 0.75 tCO2e saved nearly 40% of my total annual personal carbon budget. So certainly, a meaningful chunk and worth reflecting, too, that a standard short-haul return trip therefore blows most of that notional allowance!

An alternative approach that a colleague has been using is to ‘offset’ emissions by making an additional payment. This payment ensures that an equivalent amount of sustainable aviation fuel (SAF) is used on a different flight thus offsetting the emissions from your flight.7 SAF itself is not a silver-bullet with the sustainability credentials very dependent on the source of the fuel.8 For my trip from Copenhagen to London the additional cost of using an SAF offset would have been somewhere between £50-100.

So, was it worth it and would I do it again? Probably… but perhaps not something I’d want to do too frequently. For unavoidable trips I’ll offset using SAF. For the shorter trips, having done the train route once, I feel I can’t really go back to flying, and I’ll definitely make a note to avoid the café bar on the Oslo-Stockholm line!

1 https://boardgamegeek.com/boardgame/14996/ticket-ride-europe2 https://www.raileurope.com/en3 https://www.seat61.com/4 This figure was calculated using the excellent https://ecopassenger.hafas.de/bin/query.exe/en?L=vs_uic. This includes a climate factor adjustment which includes the impacts of CO2 as well as other emissions.5 The large range is largely down to whether or not you include the emissions associated with imported goods.6 Calculating a personal carbon budget is extremely complex and difficult. Ultimately per capita emissions need to be zero or close to zero by 2050 at the latest. An annual per capita ‘budget’ is based on the remaining capacity for additional emissions that is consistent with keeping level of global warming below 1.5°C divided by the global population. For more on this discussion see https://www.carbonbrief.org/analysis-why-children-must-emit-eight-times-less-co2-than-their-grandparents/7 For example https://lufthansa.compensaid.com/8 For a good discussion on the pros and cons of SAFs see https://www.transportenvironment.org/discover/the-good-bad-and-the-ugly-of-saf-mandates/

Will growth stocks outperform once again?

How long should I wait to buy growth stocks?

The US Inflation Reduction Act – how significant is it?