The US Inflation Reduction Act – how significant is it? 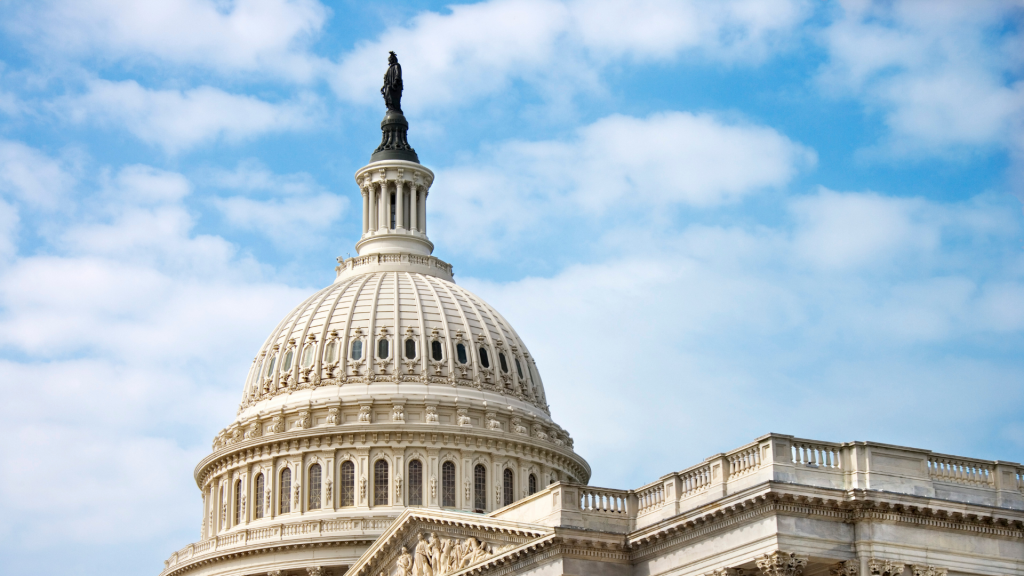 The BBC’s trilogy ‘Big Oil vs The World’ is a depressing playlist of missed opportunities for climate action since the 1970s. Its episodes entitled ‘Denial’, ‘Doubt’ and ‘Delay’ describes the tactics used by the fossil fuel industry to prevent meaningful climate action over half a century.

Perhaps surprisingly, it was a Republican President (Richard Nixon) who signed the US’s Clean Air Act at the end of 1970. The Act had bipartisan support and led the world. Since then, however, there have been many false dawns in the delivery of meaningful Federal policy on climate change. The consequence has been that the country has rightfully earned a reputation as a climate laggard.

But after many decades, this may now be changing. In the Spring, a comprehensive plan involving both spending provisions and tax breaks and aimed at lowering greenhouse gas (GHG) emissions and health care costs was put before Congress. After months of wrangling, a package was finally backed by the Democratic Senator from West Virginia Joe Manchin, allowing it to pass in the Senate by 51 votes to 50 – with Vice President Kamala Harris casting the decisive 51st vote. On 16 August, the final step was completed with President Biden signing the ‘Inflation Reduction Act’ (IRA) into law.

Although the words ‘climate change’ do not appear in the title, a substantial proportion of the 730 page document is devoted to the issue, and with total spending amounting to US$385bn it is the biggest area of investment under the Act. The various provisions tackling GHG emissions are too numerous to cover here, but together they provide substantial support that will dramatically increase the deployment of renewable power, accelerate the take-up of electric vehicles as well as support efforts to decarbonise other forms of transport, and boost energy efficiency and renewable power in buildings. 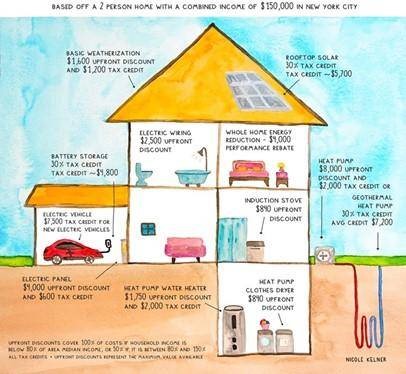 One example that illustrates the remarkable scale of ambition is the provisions supporting the development of community-owned solar power projects. These aim to reduce the cost of connecting solar systems to the electricity grid and provide specific support to low income households who want to use community solar to reduce their electricity bills. Together these measures are intended to boost the deployment of community solar by 700% over the next four years.

US emissions of greenhouse gases peaked in 2007 and have fallen 12% since then. This downward trend would have continued over the next ten years with emissions expected to have been 24-35% lower in 2030 compared to 2005. The provisions of the IRA are expected to accelerate this trend putting the US on track to reduce emissions by 31-45% over the same timeframe. This is insufficient to get the US to achieve their own ambition to reduce emissions by 50% by 2030 and to have net zero emissions by 2050. It is nonetheless an important step in the right direction and directly benefits many WHEB portfolio companies in all five of the environmental themes and representing nearly one third of the total portfolio.

Alongside tackling climate change, another major objective of the IRA is to support poor and vulnerable communities in the US. This ambition is integrated into many of the provisions addressing climate change, such as on community solar, but is also evident in the approach to healthcare reform. These focus mainly on extending subsidies to consumers who have taken out health insurance through the Affordable Care Act (ACA) and in lowering prescription drug prices and out-of-pocket costs for Medicare beneficiaries.

Both these reforms target vulnerable groups. The ACA primarily serves middle and low income households who cannot afford commercial health insurance but who are also not covered by Medicaid. The new legislation provides support for these groups ensuring that they can continue to access healthcare insurance through the ACA markets.

Medicare patients will also directly benefit from action to tackle prescription drug costs. For example, the Federal government will be allowed to negotiate drug prices with pharmaceutical companies, something that – incredibly – has heretofore been illegal. Inflation caps will also be enacted to stop pharmaceutical companies from increasing drug prices at more than the rate of inflation and there will also be caps on individuals’ out-of-pocket expenses with extra costs being met through Government programmes.

These provisions are also clearly a net positive for our strategy – though with a few more puts and takes than in the climate change provisions. Companies such as Centene that provide health coverage through the ACA marketplaces will likely benefit as will several of our other investments in our Health and Well-being themes. We estimate that these provisions will positively impact upon approximately 20% of the portfolio.

The title of the Act isn’t a complete misnomer. The biggest impact on inflation is expected to come from the reductions in prescription drug prices. Support for renewables and for EVs are also likely to reduce household energy and transportation costs.

From a budgetary point of view, the net result of the Act will be to spend US$455bn over the next ten years and collect US$720bn over the same time period. This increased collection comes from some of the healthcare reforms described above, but also from other parts of the Act that raise new corporate taxes, and improve collections of existing and historic taxes. The US$264bn left over will go towards lowering the fiscal deficit.

A laggard no more?

The Act is not perfect and much more work still needs to be done. For example, the domestic manufacturing requirements mean that many major electric vehicle manufacturers will become increasingly shut out from the US market. The current slow pace of renewable energy deployment owes as much to slow permitting processes as it does to elapsing tax credits. Both issues have the potential to limit the positive impacts of the IRA.

Nonetheless, it is a remarkable piece of legislation that will accelerate GHG emission reductions in the US and give new energy to international negotiations taking place in Egypt in the Autumn. So yes, we think we can say that the US is no longer a laggard, but much more will still be required – including more bipartisan support – before we can confidently call the US a leader on climate action.

Will growth stocks outperform once again?

How long should I wait to buy growth stocks?

Business travel without the carbon footprint – One traveller’s experience