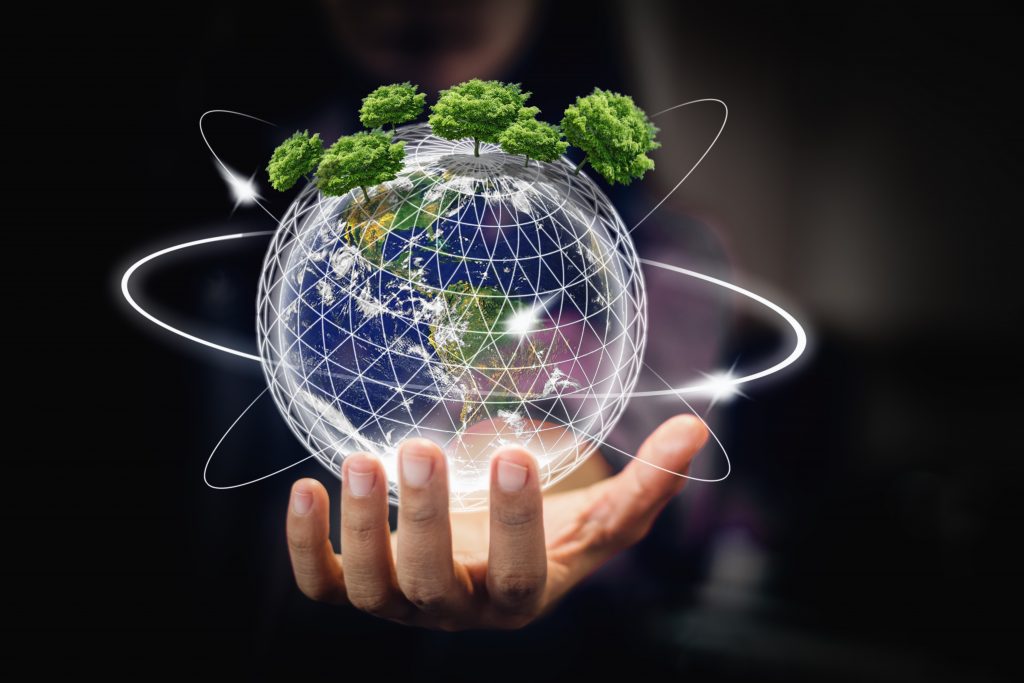 Climate change has become such an all-encompassing threat, that most other environmental concerns have been left in its shadow. The decline in biodiversity is one such issue that rarely receives the attention that it deserves.

Biodiversity is of course fundamental to human life on earth and is being destroyed at an unprecedented rate. Until 1970, humanity’s impact upon biodiversity was smaller than the Earth’s rate of regeneration. As WWF’s latest Living Planet Report makes clear, society’s current rate of consumption means that Earth’s biological resources are being overused by at least 56%. WWF’s findings are supported by numerous other publications including the Intergovernmental Science-Policy Platform on Biodiversity and Ecosystems Services (IPBES).

The financial sector and biodiversity

In recent years though, more effort has been made to engage the financial sector in supporting biodiversity conservation. For example, the ‘Economics of Biodiversity: Dasgupta Review’ was commissioned by the UK Government and published in early 2021. The report calls on governments, along with financial institutions, to develop global standards underpinned by credible data to integrate nature-related considerations into decision-making and financial disclosures. This work is being taken forward by the Taskforce on Nature-related Financial Disclosures.

Regulators have also sought to embed biodiversity considerations into financial decisions. The most prominent of these is perhaps the European Union which is integrating biodiversity impact into both the ‘do no significant harm’ provision of the Taxonomy on Climate Change as well as into the Sustainable Finance Disclosure Regulations (SFDR).

Products and services for biodiversity conservation and restoration

While the conservation and recovery of biodiversity is not an explicit theme in WHEB’s investment strategy, it is nonetheless an implicit objective across the strategy. The Environmental Services theme touches most directly on biodiversity through, for example:

– in environmental consulting which includes services that are explicitly aimed at reducing negative impacts and promoting positive impacts on biodiversity.

There are also multiple links across other themes including Well-Being and Resource Efficiency (links with food production and agriculture), Water Management (wastewater treatment), and technology businesses that provide products and services. This includes everything from Autodesk products that help scientists to restore coral reefs to Infineon technology that is used to monitor wildfires in vulnerable forests.

Impacts on biodiversity from company operations

When assessing whether to invest in a business, we also consider how a company impacts biodiversity through its own operations. We use the Sustainability Accounting Standards Board (SASB) Materiality Map to guide this analysis, focusing in particular on those businesses where this is a material issue. The most significant negative biodiversity impacts are clustered in the extractives and minerals processing sector where the WHEB strategy has no exposure. Other sectors which also have impacts include food and beverages, infrastructure, renewable energy, and transportation.

The current status of WHEB’s portfolio

WHEB conducted a review of the strategy’s exposure to biodiversity impacts as part of our work for the independent Investment Advisory Committee. The figure below shows the conclusions of this review which assessed each portfolio company both in terms of the materiality of the issue of biodiversity loss and the level of management priority given to the issue. 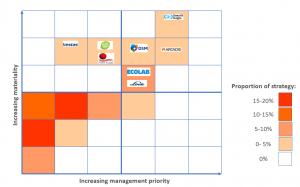 Conclusions and next steps

Based on our analysis, for nearly 80% of the strategy, biodiversity loss is not considered to be a material issue. These businesses, which include a wide variety of companies active in technology, healthcare, services, and manufacturing, do not currently prioritise biodiversity impacts in their strategies. In the main, we consider this to be largely appropriate. However, given expected changes in regulations and in our understanding of biodiversity loss, we will continue to monitor this group for evidence that biodiversity impact is becoming a material concern.

A small group of companies, representing approximately 20% of the strategy, operate in sectors for which biodiversity loss is a significant issue or where there are significant indirect impacts through the value chain.  Although none of these companies are considered to have a complete management response, those in the top right quadrant of the above figure, are considered to provide a reasonably sophisticated company response. We will actively monitor how this group continues to manage the issue. For some of them, including specifically Smurfit Kappa and Arcadis, there is an opportunity for them to deliver biodiversity enhancements through their core operations and services rather than just minimising negative impacts.

For the final group in the top-left quadrant, we believe that biodiversity impact is a significant issue associated with their product/service or operations. Based on our initial analysis, we do not believe that biodiversity impacts are adequately managed by these companies. We plan to engage further with them to encourage them to give the issue a higher priority and offer a more comprehensive response. We will report on this engagement work as part of our regular reporting in the future.