Three spots this $108b private equity group is hunting 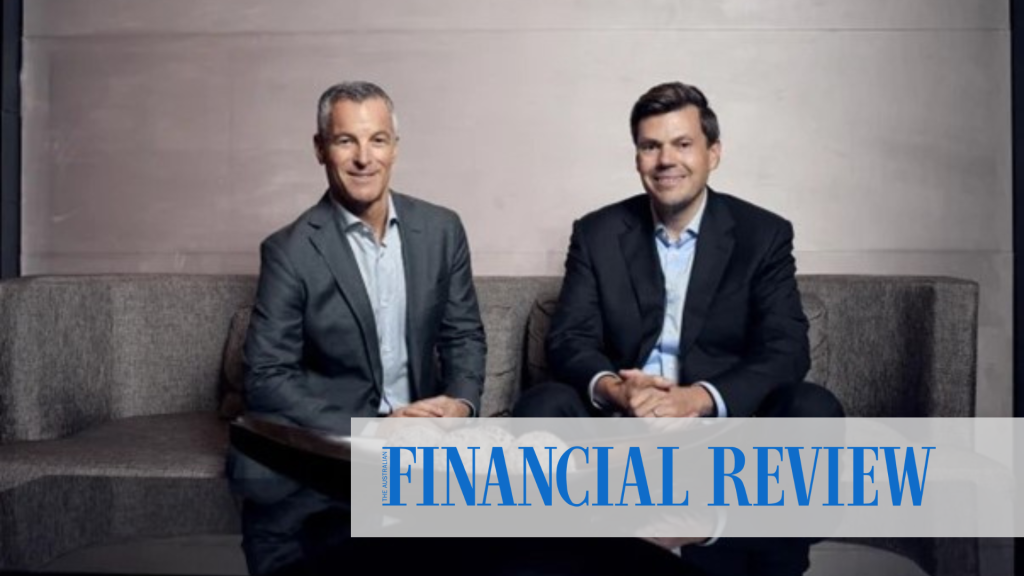 US manager Fred Pollock tackles the big issues in the sector: big opportunities, movements in valuations, and those Ponzi schemes.

The Chicago-based Pollock isn’t boring at all, of course. As the head of strategic investments at US alternatives manager GCM Grosvenor, and a member of the firm’s global investment committee, Pollock helps oversee a portfolio with $US73 billion ($108billion) of funds under management. This includes the ASX-listed Pengana Private Equity Trust, which Grosvenor manages.

What Pollock loves most are the mid-market businesses that are the traditional heartland of private equity: profitable, well-run companies that can deliver good growth through operational improvement, and plenty of cash.

Indeed, while Pollock is only too aware of the debate around why private asset values haven’t moved nearly as dramatically as public ones, he says many of Grosvenor’s private equity investments have enjoyed small increases in value.

He says this shouldn’t be surprising. Yes, multiples have come down as interest rates have gone up. But because companies are still seeing growth in cash flow and earnings – “You haven’t really had the recession yet,” he says – there has actually been some growth in overall valuations in what Pollock calls the “boring, cash-generating companies” that make up the bulk of Grosvenor’s portfolio.

By comparison, he says public markets, particularly in the US, are “dominated by relatively large, high-growth companies where the cash flows are very far out in the future”, so the sharp falls in benchmark indices aren’t really indicative of what’s happening in the areas Grosvenor invests in.

Pengana portfolio manager Russel Pillemer says there can be confusion in Australia about what private equity does and doesn’t invest in.

Grosvenor does play in the growth equity space and the Pengana trust has previously held stakes in (and been happy to promote) shooting stars such as ElonMusk’s SpaceX, Brazilian fintech NuBank, and Instacart. And clearly, these types of companies have seen their valuations fall.

“There’s no question that during the post-COVID recovery, some of those spaces got frothy. And the froth has come off,” Pollock says.

But the majority of the Grosvenor portfolio is in traditional private equity – and it doesn’t play in venture capital, where the biggest valuation issues can occur.

“Reasonable people could disagree about valuations in private equity, but they’re going to disagree in a pretty tight band,” Pollock says.

“When you get to something like venture capital … reasonable people could have vastly different opinions on the value because there are so many speculative elements to what’s going on.”

Pollock says 2022 hasn’t been a great year, but it hasn’t been terrible either. And he is starting to get excited about the dislocations that rising interest rates and market volatility are beginning to create.

The first opportunity is private credit. While an avalanche of money has flooded into this area in recent years – often on extremely borrower-friendly terms –Grosvenor has largely steered clear. The Pengana trust has always had the capacity to invest here, but hasn’t actually done so since it was established in 2019, such has been the lack of attractive deals.

But with interest rates and bond yields sharply higher than 12 months ago, Pollock is starting to see opportunities.

“Now you can invest in all of the opportunities across private businesses, as opposed to before when you really were driven to invest in the equity.”

The second opportunity is secondaries or stakes in private businesses that asset owners need to on-sell.

The falls in public markets and the relative performance of private ones, mean some investors have found their allocation to private equity is now bigger than they would like. So, they turn to the secondary market to sell assets and restore the balance.

“You can get a pretty reasonable discount on high-quality secondary interests in private equity,” Pollock says.

The third opportunity is distressed assets, which could come on the market as rates bite and/or economies slow.

“You haven’t really had a distress cycle since probably 2008 or 2009. And it hasn’t happened yet, but we’re organising ourselves for potential opportunities,” Pollock says.

“This is a U-shaped recovery, not a V-shaped one. And the U is just more likely to produce … distressed events over the period.”

But what he doesn’t want is turnarounds, where big operational changes are needed to get the business back on track.

“We’re really looking for good companies with a bad balance sheet, meaning you don’t need to fix the business.

“I don’t know whether there’ll be an avalanche of deals or any of these sorts of things, but I know that the quality of deals available today is very good on a risk-adjusted basis because of the environment. It’s a good time to be deploying incremental capital.”

While Pollock sees opportunities emerging in the next part of the cycle, he also expects it will separate the private equity investors with skills in improving the operations of a business from those that use financial engineering.

“I think you’re going to see a little bit of a split in the market between people who are able to really drive business value through the cash flows, and those who are not,” he says.

During his trip to Australia last week, Pollock also fielded questions on another hot topic in private equity: whether firms selling assets to other PE firms or even to themselves through continuation funds, open the private equity sector to accusations it is becoming a kind of Ponzi scheme, as some big European investors have suggested.

“There’s nothing surprising to me that if a bunch of companies want to be private, people will organise private capital and the market will efficiently price them in the same way that the public markets do.”

A company might start off its life in the hands of a smaller private equity firm before eventually outgrowing that environment. But the next natural owner may well be a larger private equity fund, Pollock says.

He is similarly sanguine about continuation funds.

“I think there’s nothing inherently good or bad about the structure. It just is. And what we tend to do is we just evaluate each one and try to be honest about what is the value on offer in the continuation context and should we participate.”

The Pengana Private Equity Trust has held up well this year, up 2.4 percent in a broader market down 3.3 percent. The vehicle is something of an experiment for Grosvenor, giving it a chance to run a vehicle where retail investors can get liquid exposure to private equity in a way that Grosvenor can’t replicate in the US.

“I view it as we’re delivering the exact same institutional quality experience that we would give to a pension fund, insurance company, or a sovereign wealth fund,” Pollock says.