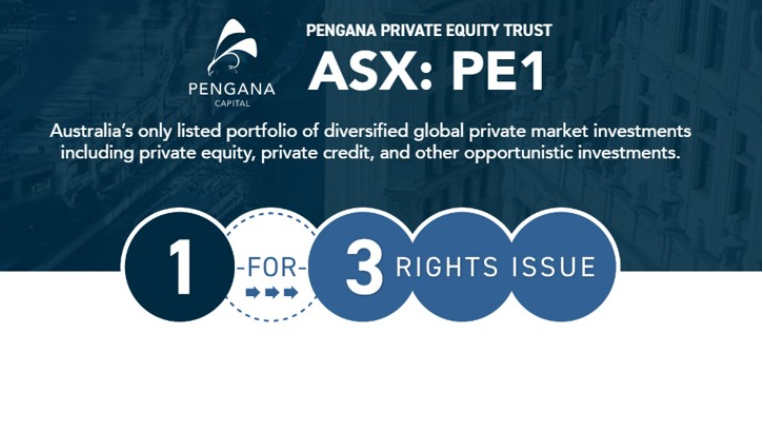 When Pengana Capital CEO, Russel Pillemer, and his team sat down in early 2019 to run over the upcoming IPO of the firm’s self-titled ‘game changer for Australian investors’ listed Private Equity Trust, there were two recurring topics at the forefront of their discussions “first” and “only”.

After considering a secondary raise earlier in 2020, the offer was ultimately ‘put on ice’ due to extreme uncertainty in the market as a result of COVID-19 and the team lacking confidence that an orderly capital raising process would be possible. However the ongoing demand and inbound requests to access more units ultimately led the Pengana team to what would once again be a “first” and “only” for its Private Equity product. The Trust announced a 1-for-3 rights issue in early June, making PE1 the first LIC/LIT to raise additional capital since the COVID-19 lockdowns, as well as the first to raise capital since the controversial stamping fee ban.

Pengana has now announced that the rights issue (which closed on 6 July) closed with demand exceeding the $68 million offer amount.

What is just as pleasing to the manager, is that the listed units in the vehicle continued to trade at a premium to NAV all the way through the offer period (the offer was priced at the prevailing net asset value (NAV), a significant discount to market price). Trading at a premium is a unique characteristic for most LITs and LICs at the best of times, never mind during a raising offered at NAV.

Russel Pillemer said “We are pleased by the support shown from our existing investors which, when combined with the strong demand from sophisticated investors, demonstrates a great vote of confidence in PE1 as a unique and valuable offering for Australian investors”