8 pillars for investing in uncertain times 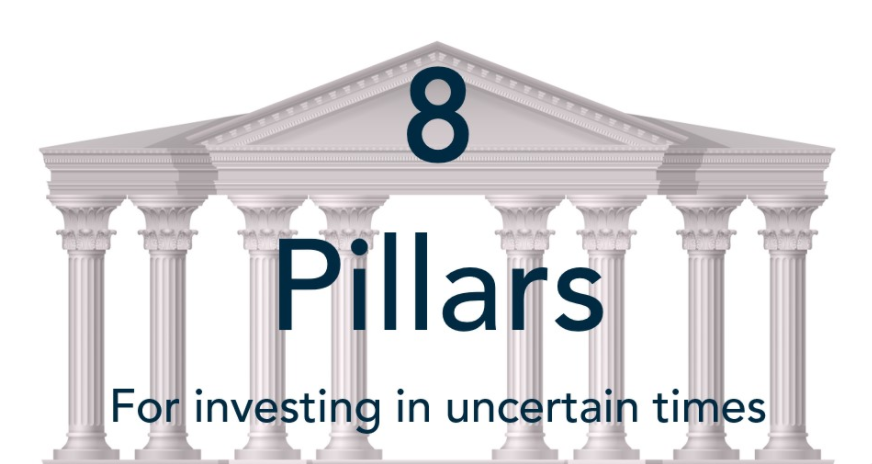 Many of us are struggling to make sense of the world at the moment. It seems to lurch from crisis to crisis. Governments are changing policies and economic responses on a daily basis, and yet stock markets are holding on to their gains and calm has largely returned to the credit markets. It’s a very confusing time to be an investor.

We have to grapple with these issues on a daily basis, so we’re able to provide some perspective for investors about how you balance investment objectives in what has been a very volatile and an increasingly complex world.

What we’ve had in recent years is an exuberantly optimistic period, which has been characterised by FOMO and the chase for yield. In March this year, Fear Of Missing Out was replaced by just Fear.

That downturn was exaggerated by a range of market participants undergoing their own stresses in their business. For instance, some hedge funds have blown themselves up, and subsequently closed down. Some sovereign funds have sold enormous amounts of equities to fund an oil war. Industry super funds have been caught out in terms of their unlisted equity holdings, and have had to reprice them in quite a difficult period. Margin loans have been called in, and there really has been a lot of panic, particularly during March.

On a global scale, governments have tried to induce economic hibernation while simultaneously attempting to build a bridge across the lockdown. And when I say a bridge, I mean via stimulus and by getting coordinated support both from and to big institutions in Australia; typically the big four banks, the big supermarkets, giving a lot of support to the airlines and those industries that have been under enormous stress. And yet, strangely enough, coming out of this, we appear to be back to TINA (which is There Is No Alternative) to equities and FOMO (Fear Of Missing Out).

The implications of this are enormous. We think forecast risk is totally off the charts. We think balance sheets and business models are essential for survival. Not for making money, but for survival. We think that the strong will get stronger. And so, we think there’ll be a lot of companies falling by the wayside or getting absorbed or being permanently damaged. Leadership is emerging as the quintessential element in determining who succeeds and who doesn’t, provided you’ve got a decent balance sheet and business model. And we think the opportunities for wealth creation are remarkably large, but simultaneously, you’ve got to be really worried – because of the high volatility – that you could do some serious damage to your wealth.

So, how do we put this all together and how are we managing our way through this?

Typically, any investment manager needs to worry about 3 things in terms of investing. First of all, the quantum and then the certainty of future cash flows. And then, thirdly, what is the cost of money in order to value assets and to invest that money.

OUR 8-PILLAR LIST FOR MANAGING MONEY IN THESE UNCERTAIN TIMES: