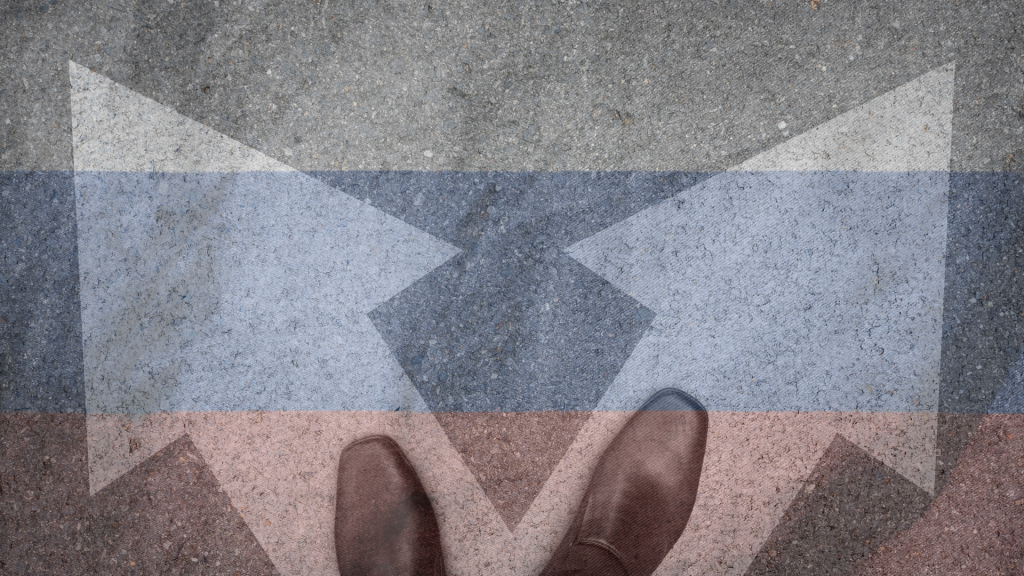 Our investments in Russia have not resulted in good outcomes for our clients. But do those outcomes point to failures in our investment process?

Our portfolio results have suffered from the impact of Russia’s war with Ukraine that began on February 24 and from the sanctions exerted on Russia by the Western powers. On the eve of the invasion, our Emerging Markets (EM) Equity strategy owned four Russian stocks representing 8% of the portfolio, and our International Equity strategy owned two of those representing just over 2%. As I write this, trading has been halted in Russian securities, and we have assigned all our Russian holdings, for now, a carrying value of zero.

While ours certainly is not the only firm to have been caught out by Russian exposure, and the past few months of rising inflation and interest rate fears have in some ways brought even bigger headaches for our quality-growth investing style, the Russia losses were still “a gut punch,” as a colleague recently told NPR. And we have been asking ourselves, what did we get wrong, and debating what could have been predicted.

The answer to the question “Could we have predicted this outcome?” is, of course, “Yes.” Hindsight makes for extremely accurate forecasts. More importantly, though, are we asking the right question by focusing on the outcome, rather than on the process by which our decisions to invest in Russian securities were made? When making decisions under conditions of uncertainty, it is not just probable, but certain, that you will sometimes be wrong. If we were to judge the quality of our decisions solely on outcomes, it would be, as former Treasury Secretary Robert Rubin once said, “a serious deterrent to taking the risks that may be necessary to making the right decision. Simply put, the way decisions are evaluated affects the way they are made.”1

Author, cognitive psychologist, and champion poker player Annie Duke calls assessing decisions based solely on outcomes where those outcomes are a combination of luck and skill “resulting.” In supposing we made a “bad” decision to invest in Russian securities, are we guilty of resulting? Is there evidence, beyond the outcome, to suggest that the decision represents a failure of our investment process?

Author, cognitive psychologist, and champion poker player Annie Duke calls assessing decisions based solely on outcomes where those outcomes are a combination of luck and skill “resulting.”

That process is structured to reflect our investment beliefs. Those beliefs include the idea that securities markets are inefficient, but only mildly so, and that those inefficiencies stem, in large part, from flaws in investor behavior—from cognitive biases. Those biases include:

Our investment process is structured to overcome these biases in our own decision-making. We are aware of our source of edge: it lies in assessing the quality of businesses, the sustainability of their cash flows, and estimating the prices at which we may invest or disinvest. We take a long-term approach to investment and try not to react to hourly or daily news cycles.

We try not to make decisions based on forecasts in which we should have little confidence. We are disciplined: adhering to a strong process, structured to be consistent with our investment beliefs, so that we should make the same decision whatever our emotional state of mind.

Importantly, we stick to our area of expertise. We try not to make decisions based on forecasts in which we should have little confidence. We are disciplined: adhering to a strong process, structured to be consistent with our investment beliefs, so that we should make the same decision whatever our emotional state of mind.

Further, we practice diversification, and we limit our permitted exposures to geographies or industries based partly on our assessment of their riskiness. In our International Equity strategy, for example, our exposure is limited to 20% in China, but also to 20% in Switzerland, obviously a much smaller market. Our limit in that strategy to Russia was 10% and 20% in the more limited universe of EM.

This is the process we trust to see ourselves through all market conditions, including when market prices are rapidly falling, whatever the reason for the crisis. When does this approach succeed? Most obviously when prices recover quickly from crises. Correlations of returns tend to increase during crises but revert to normal once they are over. We have seen quick market recoveries after, for example, the 1987 crash; Iraq’s invasion of Kuwait; the Gulf War; the Latin American debt crisis; the Long-Term Capital Management bankruptcy; the Asian financial crisis; the 9-11 attack and closure of the US financial markets; the Global Financial Crisis; and the euro debt crisis.

When does this approach fail? That’s hard to say, as it has yet to do so, at least not over any meaningful time frame. It fails in the short term when unforecastable but very negatively impactful events become more probable and there is a rapid decline in the sentiment of market participants, resulting in sharp declines in asset prices and a rise in their correlation. In the longer term, our approach would fail if there were no recovery in those asset prices. In the case of war breaking out, we note that the long history of US stock markets shows that wars have had little lasting influence on returns. Indeed, since the Great Depression, one of the most prolonged counters to the long-term upward trend in stock prices occurred during 2000–2003, a period that began with overpriced growth stocks and featured the bursting of the internet bubble. This period was also marked by 9-11 and the US invasions of Afghanistan and Iraq, yet these events had no sustained impact on markets. As investors, if not as observers of human suffering, we should perhaps worry more about observable stock prices and valuations than about armed conflicts between nations.

How did we approach decisions to invest in Russia? We identified four very strong Russian companies, with good management, strong balance sheets, and excellent growth prospects—each of them also apparently run for the benefit of shareholders with little state interference. We limited our exposure to this risky market (but one lowly correlated with other markets) and implemented our investments through securities traded on exchanges outside Russia. From a portfolio diversification perspective, we held the investments in part as an inflation hedge through the exposure to energy that two of the companies provided, and in part as an antidote to our (now proven to be well-founded) concerns about the valuation risk we saw building in many other parts of the global equity market—knowing full well that the antidote came with geopolitical risk. The trade-offs and decisions we made clearly ended badly, and we deeply regret losses that our clients have suffered. But we must not let hindsight blind us to the difficulty of forecasting such events. Unless and until it’s proven unfounded, we will adhere to a process predicated on the belief that such forecasting is not a source of edge for us (and probably not for anybody) and remain confident that the past is still a reasonable guide to the future…or certainly the best guide we have.