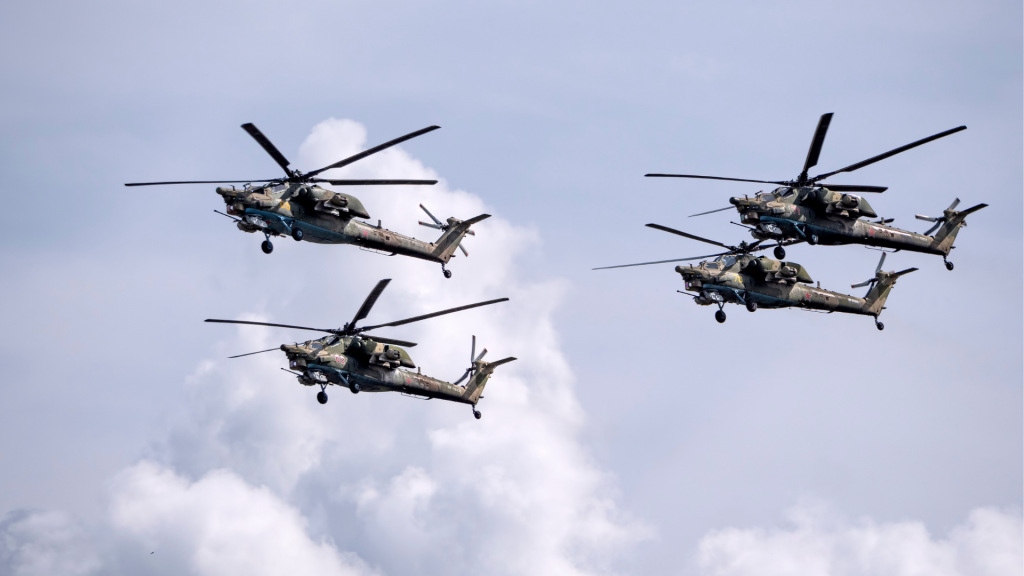 Excluding defence companies has long been common practice for responsible investors. At a minimum, most negatively screened “Ethical” funds exclude the controversial weapons banned under international law for example chemical weapons and cluster bombs. However, most funds take it a step further and exclude all companies (typically screened on the basis of revenue) involved in weapons manufacture due to the preferences of many underlying investors.

The invasion of Ukraine has shocked the world and spurred many countries to increase their spending on defence.

Germany has announced a €100bn spending package and a commitment to reach 2% of GDP spent on defence. Poland will raise its defence spending to 3% of GDP starting next year, and Lithuania, Romania, Sweden and Denmark have all announced dramatic spending increases.

Even in Australia, Scott Morrison announced a plan to increase the size of the Australian Defence Force by 30% over the next 18 years.

Whilst the reaction of these countries is not unexpected, it has been fascinating to follow the conversations from within the investment industry about whether armaments could or should now be considered appropriate ESG, or even impact investments.

A recent report from Citi seems to indicate that they see no challenge in applying this definition: “Defence is likely to be increasingly seen as a necessity that facilitates ESG as an enterprise as well as maintaining peace stability and other social goods.” Similar conclusions have been reached in the financial press: if something is obviously vital to maintaining peace how can it also cause social harm [2]?

We find this approach astonishing. The defence function of governments is an important one, and they do rely on private actors for components and equipment. But, the social sustainability of their use will be entirely dependent on how a government manages its defence function.  We don’t need to look too far into history to find examples of actions taken in the name of defence which have resulted in significant social harm.

Taking the view that weapons contribute to positive impacts that outweigh the harm is a challenging conclusion to reach in our view. Not only does it require analysis of the customer base, it also requires normative judgements of who are the good and bad actors, and which conflicts are justified. We prefer to consider the issue from the perspective of risk of negative impact, rather than taking a normative view. With this lens it is very difficult to reach a conclusion of net positive impact from these activities given the inherently high risk of human harm, particularly given that the companies can’t influence their product’s end use.

Investors have two main ways of creating positive impact: influencing the cost of capital, and engagement. These have evidence of success in areas such as climate and diversity. In the defence industry they risk being significantly less effective.  Defence is a government function. Defence expenditure and budgets are set by governments and those spending decisions are likely to outweigh any impact on the cost of capital from investor decisions. Secondly, private enterprise doesn’t influence defence strategy, it merely acts as part of the governmental supply chain. It is difficult to see how investors could have any influence over the use of these products to ensure they only achieve social good. More importantly, it’s questionable whether we would actually want either capital markets or the companies themselves to have influence over defence decisions.

The debate has made clear that there is still a lack of clarity on the difference between impact and ESG investing. The latter is about risk mitigation and the sustainability of internal operations. Investors who choose to invest in the defence sector should certainly consider material ESG risks in their decision-making and engage on those matters. Impact is about furthering social sustainability and this is where it is hard to make the case for the defence sector.

Finally, there is a question about why now? This conflict is different. Its potential scale and the nuclear threat are unlike anything that we have seen in recent years. Who its affecting and our ability to identify with the victims of this crisis may also have played a role in the sudden emergence of the “defence is ESG” claim. But, the need for defence is not new. Larger budgets may improve the growth opportunity and for some that will make defence a more attractive investment. However, it doesn’t change the underlying principles of ESG and impact investing, and it doesn’t justify the conclusion that defence contributes to social good more so now than it did before this conflict.